how i do: shaffer's finest guacamole 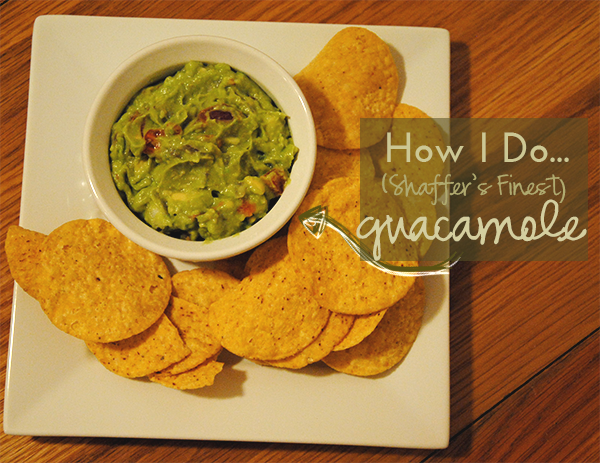 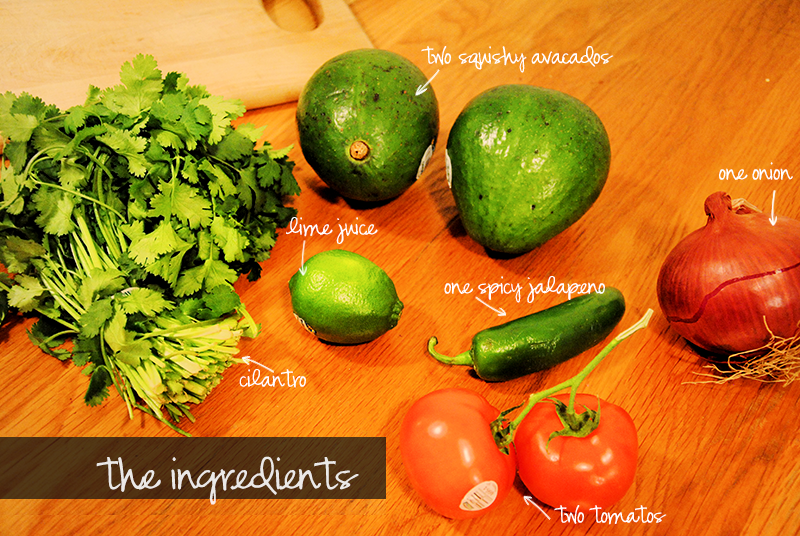 Guacamole is, by far, my guiltiest of pleasures. I could eat it morning, noon, and night: In breakfast burritos, on toast, on burgers, in salads, with chips, on tortillas... the options are endless. (:

It wasn't until my organic, healthy, runner friend (he puts me to shame.. really.) shared his recipe for pretty much the best guac ever, that I decided to try my hand at this whole cooking thing. I mean, I am by no means a chef. But chopping up some vegetables? Well, maybe I could handle that...

The list of ingredients above made enough for six helpings that were big enough for a big-hungry-man-belly. Aka, a lot. I used two large avacados, instead of four medium ones, in my own recipe  but I think the serving sizes pretty much equaled out. 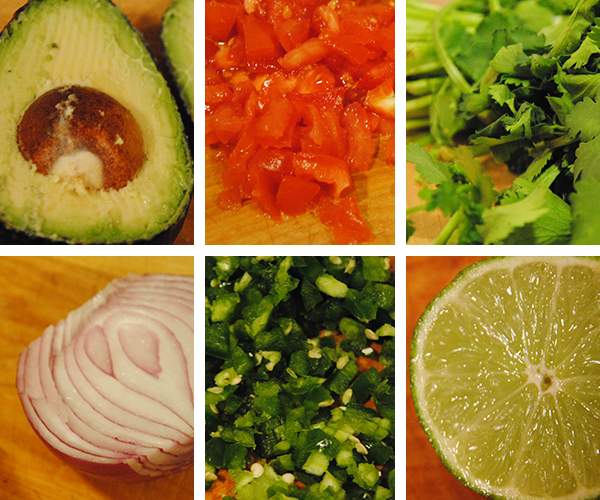 Step One.
Dice the tomatos, onion, and jalapeno, and combine into one large bowl.

Step Two.
Halve each avocado, removing the pit. Scoop out into a bowl. Mash, making sure to leave small chunks, still. 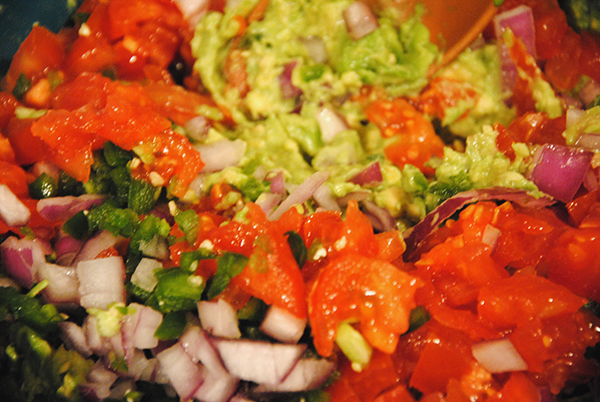 Step Four.
Juice your lime! Start by cutting it in half. I used a hand held juicer, but depending on  how limey you want your guac, you may slice and squeeze your juice by hand. Put the lime in the coconut and drink it all -- wait, wait, no... put it in the guac.. yeah..the guac. (:

Step Five.
Mix it all up! Salt, pepper, and cilantro to taste. (I ended up not adding in the clinatro, after all. But to each his own!)
Chill. And Enjoy! 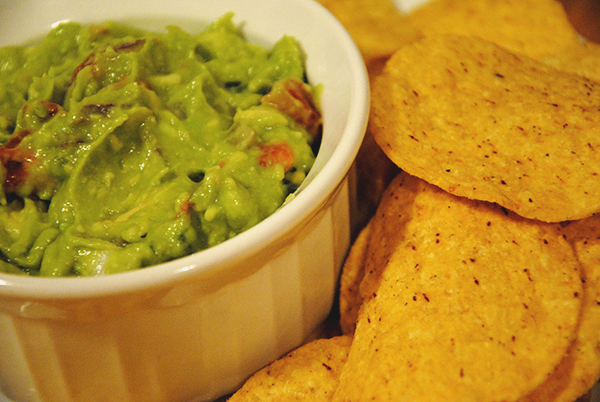 Make today a fiesta!
Labels: Food Crimes, how i do