This week’s been a little awkward…

*So, I must apologize. Ya' see folks, I usually do this thing called "Awesome and Awkward" and rant about all the little tidbits of awesome and slightly less so things that happen this week, that may or may not be funny! However, this week was signficantly less than awesome...it was mostly just awkward. So, with that little sorry-song out of the way, buckle in for this week's Awesome and Awkward!! 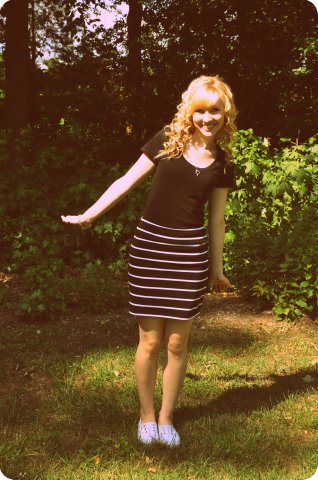 - Walking into a very dark public bathroom, and assuming I was alone, only to be startled moments later by a woman in the next stall asking me a peculiar question.
- Answering the mystery-woman’s question, before realizing that she wasn’t talking to me, at all. She was, in fact, talking to someone else…on the phone…while using the bathroom…ew!!!
- How many days this week that I’ve stumbled out of bed post-noon. Lemmee tell you folks: It’s embarrassing!
- The staggering number of pairs of blue jeans I have rediscovered in my closet, this week.
- The fact that I pretty much never wear blue jeans…
- Being approached by one of the little girls I’ve coached (while at work yesterday), and then being told (by my coworker) that I look like her little sister. She’s twelve.
- Planning a visit with Mr.CuteItalianBoy after an entire month of not seeing him, only to have Hurricane Inrene intervene. Bummer.
- Getting that little voicemail alert on my cell phone, and calling my voice mail box to listen to the rant of the woman who called, only to be greeted seconds later with “Hello?”…turns out pushing the send button doesn’t call voicemail…nope. It returns the call.
- Having the gauged-eared-and-tatted-arms Wal-Mart cashier dude comment on my “excellent taste in music”. It was funny, because I didn’t really picture him as a Lady Antebellum junkie.
- Being able to count my lazy days this summer on one hand.
- Leaving my Ipod in Cute Italian’s car, last month, and not seeing him since. Kind of a bummer…on two counts.
- Totally kicking his booty in laser tag, last visit. Only to notice on the score sheet some bizarre glitch that made it look like he won. But he didn’t. Can you say lame?? And...after all of that bragging that I did, before we were handed our sheets!! Gosh!
- Taking a million pictures on a very sunny day, only to be washed out..in every..single..one! :(  Thank goodness for Photoshop!!