﻿
Soo, I know that it isn't technically Friday yet, but with all the happenings and hubbubb, I'm genuinely ready for the weekend, and a little bit of down-time for bloggy things, and grey's anatomy, and other fun things. :) So without further adieu, I present you with this week's Awkwardly Early but Awesomely Timed Awkward and Awesome!

Awkward
-Trying to look cool, while pulling up to school in my rockin' minivan, jamming to beats, and then running over the curb. Whoops!!
-Getting the creepo stare-down from a stranger three tables away at a restaurant, only to realize after my entire awkward meal that they knew me, and were trying to say hi,
-The not-so-legible text messages I sent after getting my nails done for the first time in foreverrrrrr!
-Talking to Cute Italian on the phone, only to have his mom beep in, asking where he was....?
- Forgetting my coolada was in the the fridge at work, after we close, and running alllllllllll  the way back to the break room to get it, while everyone else waits not so patiently up-front to leave.
- Remembering that the coolada was actually in the freezer, and it was frozen..and gross..and needing to be thrown away..making that lovely run back to the break room quite pointless, after all.

Awesome
- Late-night Rita's water ice runs.
- Cruising under the stars, with the tops down.
- Putting in for a day off, not expecting to actually get it, and then surprisingly getting ..... TWO!
- OFFICIALLY being done with classes (well, at least until I start summer classes!)
- Getting a new cell phone in T Minus 7 Days!!
- Walking outside to "thaw out" from the intense air conditioning, inside. Hello, dolls - it's SUMMER!
- Wearing awesome, tall shoes, and actually being able to walk in them!! 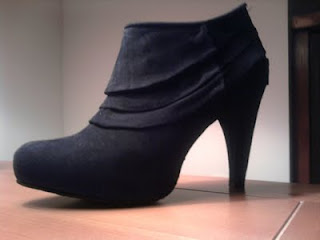