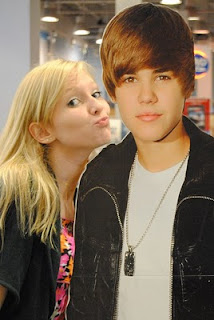 Awkward
-Kissing Justin Beiber, and the glances the FYE customers try to cover up while checking out the photo shoot.
-Bumping into a tall pile of laundry and saying "Excuse Me!"
-Doing this not once. But twice. Yep.
-Sending the right text to the wrong person. Yes, A, You are adorable. I would love to see you. However, I can't drive three hours to bring you Chinese food at the moment. Which is why that text was  not meant for you.
-Sitting at lunch in a very crowded and very public college cafeteria, and being confronted by cute Italian boy's mom with topics that are hardly "I just met you, and we're having lunch" appropriate. Oh, and then everyone within 20 feet listening to it. (that's a lot of people!)
-Trying not laugh while she's having this conversation.
-Staying up alllllllll night to finish a math project, due bright and early in the morning. And then realizing once I'm in class, slightly late -but still signficantly 'bright and early', that I left my fancy project in the passenger seat of my car. And then having to run outside in the rain to fetch it. And being even more late.

Awesome
-Kissing Justin Beiber, and the glances the FYE customers try to cover up while checking out the photo shoot.
-Aviator glasses. Enough said. 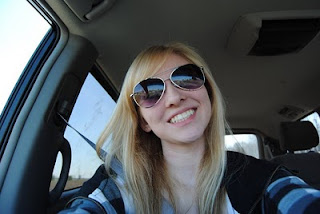 -The little countdown until graduation, that I've got going on in the back of my mind  front and center!
-Getting to see my favorite Italian for the WHOLE weekend!
-Chinese food dates with one of my favorite girlfriends. :)
-Pretending to watch 30 days of night. But deciding it's too scary. And slightly dumb. So not watching it :)
-Road tripping!
-Goodmorning texts from people that make your heart melt.
-Melty hearts.
-Getting accepted to your top pick schools in the same week. :)
-La Tigre e la Neve, and being able to watch it with a personal translator. ;)