These Boots Were Made for Walkin...

I should start this post off with a sincere apology; Your life probably does not revolve around which shoes you're planning on wearing tomorrow, or if those heels you just bought will look okay with your black mini-skirt. Likewise, I have other things to worry about-and I promise that I have more to write about than just new boots. But under the circumstances, I couldn't let this incident fly under the radar. After a long and rushed day of work and errands, I stopped in at the department store to check the price of some long desirsed mini-boots. Being too cheap to be able to justify their $60 price tag, I've been patiently waiting for the cost to come down. I've tried them on countless times over the course of playing the price-game. As luck would have it, they were the victims of a store-wide 50% off sale, when I stopped by. It was like it was meant to be. :) 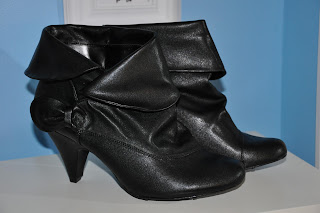 I scanned the shelves for my size, found it, grabbed the box, and headed for the checkout. I was SO excited to wear them the next day to work! But when I got home and tried them on with a new ensamble, I found that there had been a terrible mistake. My shoes...were...different sizes. :( While the box said 8.5, only one of the boots was actually that size. The other one, after careful investigation, was found to be a 9. I am not a 9. 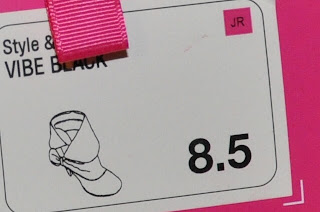 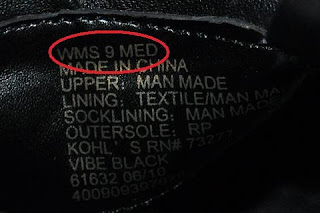 I've since boxed the boots and returned to the scene of the crime, and was, luckily, able to find the sole-mate to my baby boot. But, I now know to check my shoes before I leave the store. Despite my terrible luck this month, I've learned that every boot is bought for a reason. Whoever says that you can't learn anything from a clost full of shoes is sadly mistaken.
Labels: Irony, Shoes